AXIOS! Ordination in the ROCA Syracuse and St. Nicholas Diocese 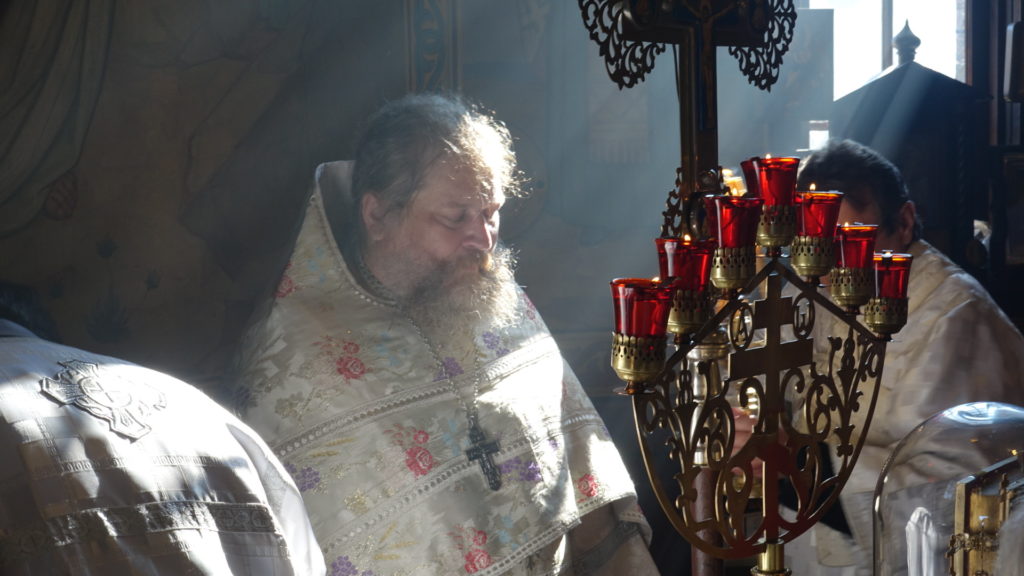 On January 19, 2017 on the feast of Theophany, his eminence Andronik, Archbishop of Syracuse and St. Nicholas, ordained deacon Victor Zavodov into the priesthood at St. Sergius of Radonezh Russian Orthodox Church with the blessing of Archbishop Sofroniy. Also during the small entrance hierodeacon Pavel Lipin was blessed to serve with a double orar. Serving during liturgy were his eminence Sofroniy, Archbishop of St. Petersburgh and Northern Russian, Miter-bearing Very Reverend Gregory Kotlaroff, Hieromonk Ignatii Krutkov, Reverend Ilya Gan, and Hierodeacon Pavel Lipin. We wish Fr. Victor many years to serve the Church as he had in the rank of deacon!