THE FIRST EVER IVERON CHORAL CONFERENCE 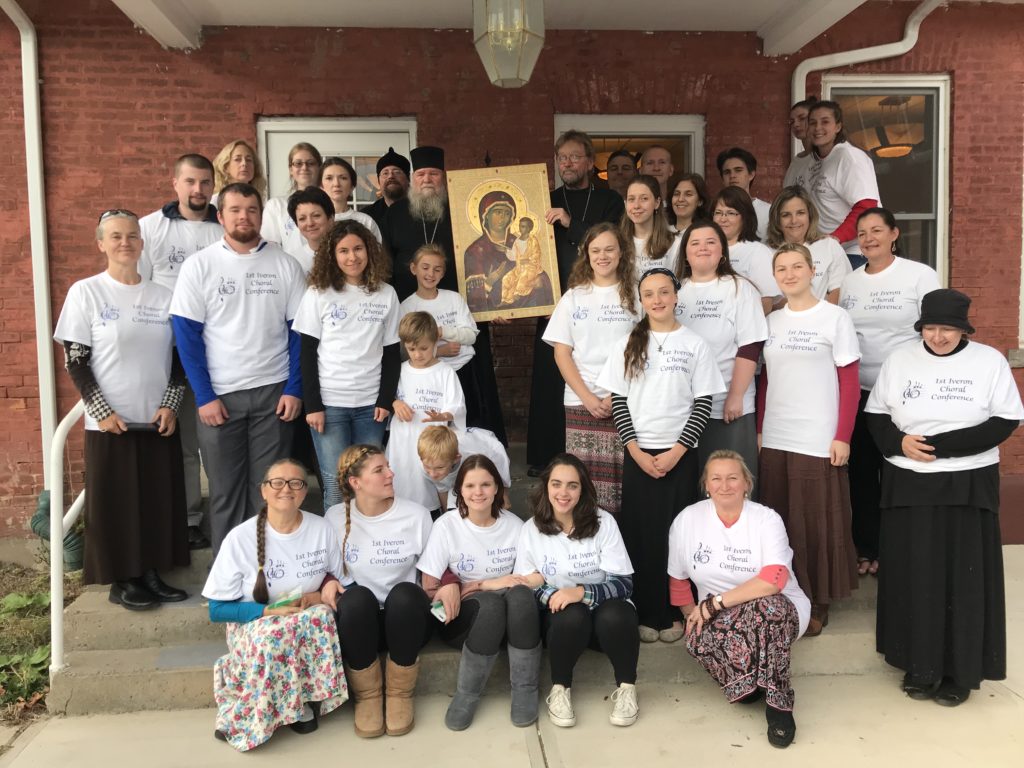 THE FIRST EVER IVERON CHORAL CONFERENCE

The first Iveron Choral Conference at the Spiritual and Educational Center at Mountain View, New York, was successfully held from October 27th to 29th. More than thirty participants in total gathered from the US and Canada. The question of “jurisdiction” for participation in the conference did not matter — all those faithful to the traditions and spiritual path of the Russian Church Abroad were welcome.

The organizers of the conference, the ROCA Assistance Fund, hope that it will initiate a new tradition and be held annually. The conference is dedicated to the Iveron Icon of the Mother of God, which is celebrated in October — on the very days when the faithful martyr of Christ Joseph Muñoz (+ 1997) was sacrificed to the demonic Halloween holiday. For many years he was the keeper of the Iveron myrrh-streaming Icon of the Mother of God, bearing it to monasteries and parishes, dreaming that someday the icon would visit Russia… The miracle of the abundantly myrrh-streaming holy icon stopped the mouths of the many detractors of our Church, who dared to call it “schismatic” or “without grace.”

Before the conference opened Archbishop of Syracuse and St. Nicholas Andronik held a molieben and delivered a heartfelt homily about the salutary service of choirs in the Church of Christ. Greetings to the conference were sent by Bishop Ireney of Vernensky and Semirechensky, who serves parishes of ROCA in Kazakstan and Russia.

The conference consisted of two “theoretical” sessions with workshops on church singing, and the life of Brother Joseph and the Iveron Myrrh-streaming Icon. Mark Kotlaroff delivered the first workshop of the conference — “The Purpose of Orthodox Singing and Singing Technique”, Matushka Joanna Grigoriev gave a workshop on “The Eight Tones: “Solfege and Intonation”, and Protopriest Nikita Grigoriev held a lecture about the martyr Joseph Muñoz and the Myrrh-streaming Icon.

Fr. Nikita distributed cotton balls to the participants still saturated with myrrh from this Icon which was hidden from the world on the day of the martyric death of Brother Joseph, twenty years ago. He brought the cotton from South America and they to this day emit a fragrance – The participants sincerely thanked Fr. Nikita for this gift bestowed with the grace of the Mother of God.

The participants were the first to view a film about the last days of Br. Joseph and his stay in Greece where he died. The film was based on home videos which Fr. Alexander Ivanshevich of Buenos Aires took. Especially moving were the videos of frescoes of the Mother of God whose eyes flowed tears. It is thought in this manner the Heavenly Queen was sending her beloved servant Joseph a sign of her empathy for the trials he would soon encounter.

Of course, the main event of the conference was not the “theoretical” studies, but the Divine services, by means of which its living choral traditions are passed down in the Orthodox Church. The combined choir was directed by two conductors — Mark Kotlaroff and Matushka Joanna Grigoriev, the chants were performed both in Church Slavonic and in English. The selection of works reflected the practice of the Russian Church Abroad: the works of Boris Ledkovsky, the celebrated conductor of the Synodal Cathedral of the Icon of the Sign in New York were performed, as well as pieces in Znammeny Chant, some harmonized, some in their original form, and some in unison. For the first time “It is Truly Meet….” composed by Fr. Nikita was sung by a choir so large. Very unusual was the antiphonal singing of “Blessed is the man…” at the All-Night Vigil with alternating male and female choirs.

On Sunday, October 29, the Divine Liturgy was celebrated by Archbishop Andronik, with Protopriest Nikita Grigoriev, Deacon Nikolai Trepachko from Virginia, of the Trenton and North American Diocese of Bishop Stephan, and Hierodeacon Pavel (Lipin). At the request of Bishop Stephan, Vladyka Andronik elevated Deacon Nicholai to the rank of Protodeacon.

At the Liturgy the Cherubic Hymn composed by Kovalevsky was sung which is based on the melody “The Thief Saw….” The intent of choir conductor Mark Kotlaroff was that this melody remind those praying of the martyrdom of Brother Joseph, who sacrificed himself for the sake of Truth and the salvation of many.

After the conclusion of the Divine Liturgy, a memorial service for Brother Joseph was served, and then a festive luncheon followed, artfully prepared by the sisterhood led by Svetlana Kotlaroff. Afterwards all interested participants traveled to the grave of Brother Joseph Muñoz located in Jordanville HTM Cemetery.

The conference left a very bright and joyful impression. Just as in ancient times when Christian holidays replaced the old pagan celebrations in the life of the people, so now, let’s hope, in the days of demonic Halloween, the Iveron Icon Conference will become an annual spiritual triumph of our Church.