A Response to the “Appeal” of the Odessa Council 2017 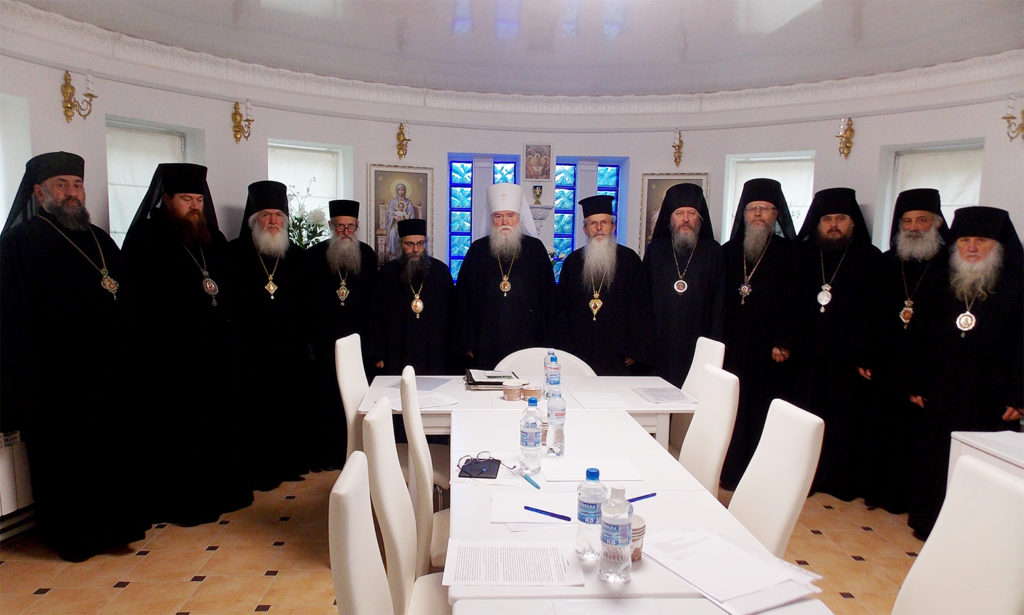 A Response to the “Appeal” of the Odessa Council

In reading this Appeal, it becomes clear that the “broken away” refers to all Russian Orthodox people, and that in order for them to rejoin the Church, they need only to recognize the supremacy of Met. Agafangel over themselves. In other words, based on this “Appeal,” it follows that Met. Agafangel’s jurisdiction is the only one that is canonical and grace-filled, and all other jurisdictions are outside of the Church.

About a year ago, Met. Agafangel accused Archbishop Andronik, Archbishop Sofroniy and their subordinate clergy, of a heresy of “schismo-ecumenism.” In his words, we allegedly teach that the Church has been divided into fragments. Despite our repeated assurances, (for example see, http://vishegorod.ru/index.php?option=com_content&task=view&id=1125&Itemid=44) that none of us teaches that the Church is divided, but on the contrary, that we believe in the One, Holy, Catholic and Apostolic Church, Met. Agafangel, as if not hearing our explanations, continues to charge us with this wild accusation. It would be useless to again and again respond to his accusations, which are nothing more than propaganda and malicious slander.

To our great surprise, in addition to the bishops of the Odessa Synod, this “Appeal” was signed by three bishops of the Greek Synod of Archbishop Kallinikos. We consider this to be an act of great carelessness on their part. The names of bishops should not be included on a document containing falsehood and slander.

Met. Agafangel’s Synod is one of 16 groups, most of which claim that they are the only canonical and grace-filled Church, and that the other groups are all schismatic formations. Each of these groups calls to the others to join their solely canonical group. It is completely obvious that these appeals will never lead to anything.

We see the path to unification as not requiring the subordination of all to one administrative center, but rather of all these groups beginning discussions on the possibility of establishing Eucharistic communion among themselves.

We approach Met. Agafangel’s group in a similar fashion. We have never broken our communion with anyone among the clergy subordinate to him and we do not reject Met. Agafangel’s episcopal office. But we refuse to recognize him as our First Hierarch.

Any division in the Church is a painful wound. However, our separation from Met. Agafangel is not a schism, and calling it such is just one more slander. Schism is a separation from the canonical leadership of the Local Church. At present, the Russian Church does not have a legitimate Supreme Church Authority. As has been repeatedly explained, the fundamental canonical basis of the Russian Church, upon which our church structure must be based, is Patriarch Tikhon’s Decree No. 362. This Decree foresaw the destruction of the Supreme Church Authority and ordered Bishops to unite into Church Districts, but did not require the subordination of all to one center.

At the January 2017 6th All-Diaspora Council in Mountain View, Archbishop Sofroniy presented a report in which he listed the numerous canonical and moral violations committed by Met. Agafangel. In his report, Abp. Sofroniy in particular cited a series of examples in which Met. Agafangel used slander to defame his opponents. In the short period of time since the 6th Council was held, this list has already been expanded with new cases of slander against Archbishop Andronik.

For us, there can be no question of returning under the subordination of Met. Agafangel, primarily because he has thoroughly compromised himself through his unworthy behavior. A person of low moral standards should not occupy the post of First Hierarch.

True Orthodoxy at the moment does not command respect, in large part because its bishops too often do not adhere to even basic moral principles, behaving as politicians and not as shepherds. Unfortunately, the lack of reaction from the Synod of Archbishop Kallinikos to the immoral actions of Met. Agafangel is diminishing the spiritual authority of that Synod.