“On the 20th anniversary of the mysterious brutal murder of Brother Joseph”, and article by Protodeacon Herman Ivanov-Trinadtsaty 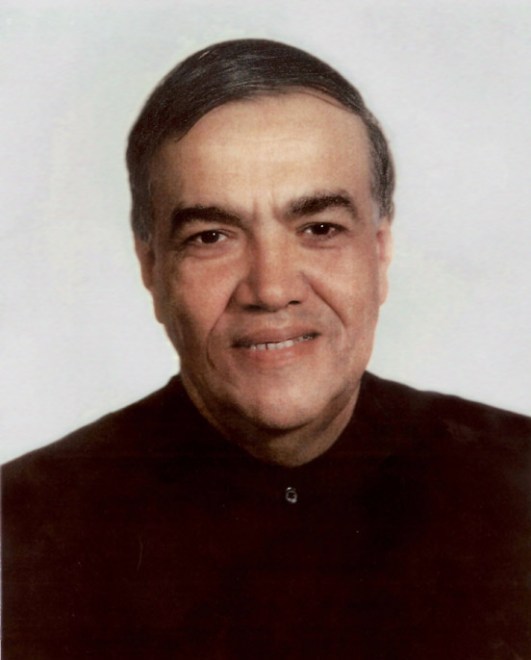 We remember it as if it was yesterday, how exactly 20 years ago the shocking horrible news that no one wanted to believe flew throughout our Church scattered all over the globe,: they have killed our dear, beloved Brother Joseph, the Guardian of the magnificent Myrrh-Streaming Iveron Icon … Brother Joseph and his Icon were inseparable, they were one whole; it was hard to imagine one without the other. And so it happened that when Brother Joseph disappeared, the Icon disappeared. Everyone began to recall their last meeting with him, the last conversation, his ever smiling, kind face appeared in front of everyone’s face.

Why, for what purpose, was this wonderful, rare man killed, who, wherever he was, only brought goodness to all?

They searched long — what could have motivated the killers? What were the reasons, what could cause the assassin’s hand to commit such a crime? And nothing came to mind. Not only did we not find anything, but also the investigative bodies, the police, the justice agency could not find out. In any case, nothing was officially found. And so this atrocity remained an unresolved secret, and the investigation has been closed for years…

Is it not strange? Are there many examples of such “judicial mysteries”, where it’s not that they do not find the perpetrators and murderers, but they simply are not looking for them? Although much was unclear, inexplicable and even supernatural in the fate of Brother Joseph — his acquaintance with Orthodoxy, the phenomenon of the Icon, its disappearance, but in the matter of his murder, one could still dig deeper. Who knows — maybe the investigation sent the judicial authorities in a direction, where they did not really want to go, for obvious reasons… The case became too complex and dangerous. They would have to deal and fight with too important a suspect. Perhaps it was better to declare in such a case the impossibility of solving this enigma …

And then we became acquainted with an interesting article by Bishop Andrei (Erastov), a former Jordanvillian who knew the late Martyr Joseph. Vladyka Andrei connects the mysterious murder of Brother Joseph with our church’s recent history; in particular, with the swallowing up of the Church Abroad by the Moscow Patriarchia. In order not to repeat the whole thesis, let us quote from the article, “Who Were the Murderers of Brother Joseph?”

Until definitive evidence is found, this thesis will remain a theory, but we must say it is an engaging and convincing argument. It was necessary to put an end to the independent Church Abroad, this last remnant of the White Cause and the White Movement. The ever-memorable Metropolitan Vitaly correctly said that in the beginning we thought of our Emigration as an ideological force, but in fact we became a spiritual Emigration when it became obvious to everyone that all the attempts and hopes of the first years of fighting, with weapons in hand, for the Homeland seized by the Bolsheviks, had completely vanished,. The whole point of the White Emigration was comprised in its spiritual significance in the form of the Russian Church Abroad.

In the thirties of the twentieth century, in order to neutralize the White Emigration, the Bolsheviks were not afraid, in Paris itself, to kidnap and kill the President of the Russian General Military Union, General A. P. Kutepov in broad daylight and succeed him with General E. K. Miller. And here too, neither the police nor the justice department found anything; they could not prove anything and both crimes remained a complete mystery. At the end of the twentieth century, the only irreconcilable enemy remained the White Church. It had to be broken. We know how much money was spent on this. We also know what success was achieved in this regard. After the death in 1993 of the ever-memorable Archbishop Anthony, the elder Metropolitan Vitaly remained completely alone within the Synod. His “brethren,” or rather, false brothers, Laurus, Mark, Hilarion and their ilk, for a long time had already internally surrendered the stand of the Church Abroad, and were ready to submit to Moscow and only waited when the uncompromising Metropolitan Vitaly would die, while he was already virtually deprived of the governance of the Church.

But for the final victory it was necessary to destroy one more citadel, though not of episcopal rank, but the Guardian of the universally glorified Icon, Brother Joseph, who enjoyed great influence and authority in the Church Abroad and in particular among the bishops. If he were alive, it would never have been possible for the traitors to hand over our holy things so easily for thirty pieces of silver, as they hastened to do almost immediately.

And it is quite possible that, as in the thirties, the same “Special Services” were put into action twenty years ago to complete the victory over the Whites.

Brother Joseph who tragically finished his earthly path on the night of October 30, 1997, could not imagine what kind of political force he represented, as he was not aware of it, for the only intention of his mission, the conscious purpose of his life, was spiritual. He died as a martyr for a just cause, for the sake of this mission. We have no doubt that he is already glorified in Heaven and awaits his inevitable glorification on earth.

Pray to God for us and for your Church Abroad!

translated from the Russian original by rocana.org