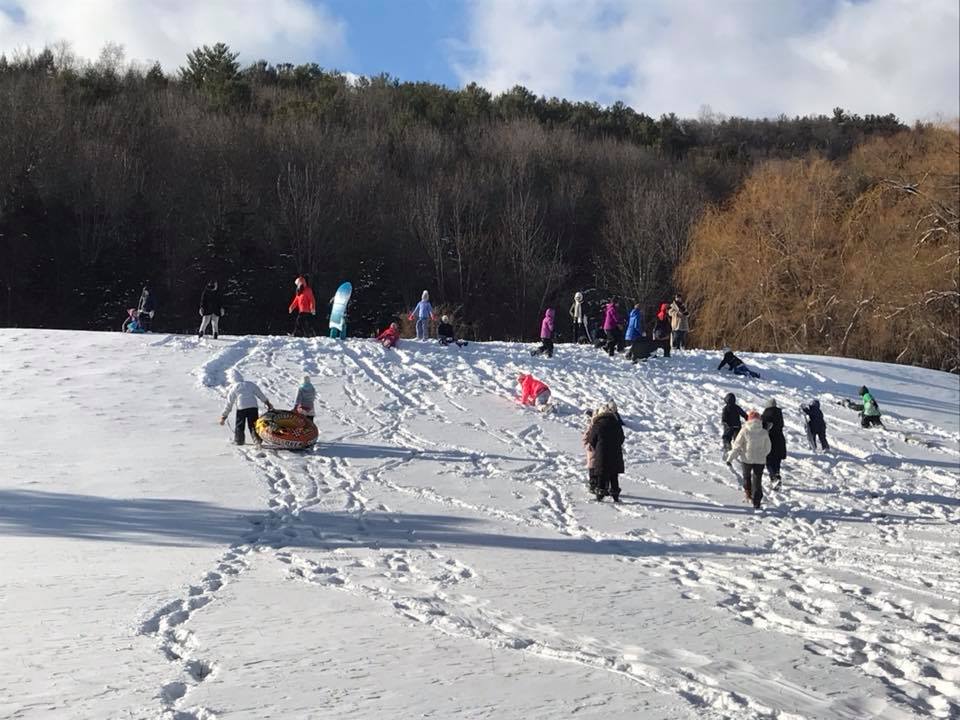 The Winter Orthodox Youth Program organized by the ROCA Assistance Fund at the Religious & Educational Center of Mountain View with the blessing of Archbishop Andronik drew to a close on December 30, 2017.

With the participation of caring, loving and experienced teachers, children from 7 to 15 years spent an eventful week and took home many unforgettable impressions.

In addition to recreation, sporting events, hikes, excursions and dances, the children were able to get closer to Orthodoxy and gain experience in the religious life by joining in common prayer, and a way of life based on the principles of mutual respect, love, forgiveness of each other’s shortcomings, and patience. The program began with a molieben for good deeds, and morning prayers and a priest’s blessing were scheduled every day. Children had conversations with the clergy present on various topics and also heard different spiritual readings.

Svetlana Kotlaroff, one of the fund’s directors and organizers, had this to say about the program, “Our children’s Orthodox program has come to an end. We taught each other many things and spent the week joyfully and gained much: we sang, danced, played on the slides, put on a play “The Christmas Miracle”, played hockey, sewed a bag for mom, helped in the kitchen, and even had virtual tours of several Russian cities. But most importantly, we began to understand each other better, provided support to each other in difficult moments, and learned to forgive and to love. And now we’ll be so booooored! See you next time at Mountain View. Summer will be here soon enough.”

Here are the impressions of one of the participants of the program, Elena Hopersky:

“The Winter Youth Program, which was organized by the ROCA Assistance Fund, began on December 24, 2017, at Mountain View.

On the first day of the program, Sunday, the children sang and participated in the vigil and the Liturgy for Sts. Herman of Alaska and Spiridon of Trimithon.

The program had about 30 participants, which were divided into 3 teams — red, green, and blue. The children, with the help of adults, came up with a name and motto for their team. The red team called itself the Comets, the blue team were the Bluebirds, and the green team called itself the Little Christmas Trees. Each team had its own leaders and one commander, who were chosen by the whole team. When the program began, they all lined up and the commanders raised the flag together. Soon, the children received t-shirts with the color of their team, and the logo of their team painted on them. For example, The Christmas Trees painted a tree with ornaments and toys, the Comets painted the Star of Bethlehem, which flew across the t-shirts, and the Bluebirds drew a beautiful blue bird, which looked quite alive.

Children were entertained by many games. For example, on Tuesday, everyone played Capture the Flag. The leaders explained how the game was played and the children were given a map and instructions. The aim of the game was to search around the monastery to find different colored sticks. After everyone had collected as many as they could, everyone gathered in the gym. There, the teams competed against each other in fun-filled contests. One heard from the audience only laughter and squeals from the entertained children.

Then the children went outside with the adults and everyone climbed up the hill and sledded back down. Their goal was to see who could get the furthest down. Even the adults joined in and it was fun to see how the child in them came to life. Cries of happy children were heard everywhere, anyone who saw this charming picture could not help but smile. After sledding, the red-cheeked children were served hot cocoa, which warmed them from head to toe and gave them the strength to continue the day in the same spirit.

Every morning, the children showered in the morning, cleaned their rooms and did exercises. Then everyone went to morning prayers and breakfast. So many other interesting and fascinating things were done during the program.”

Below are some photos of the event.