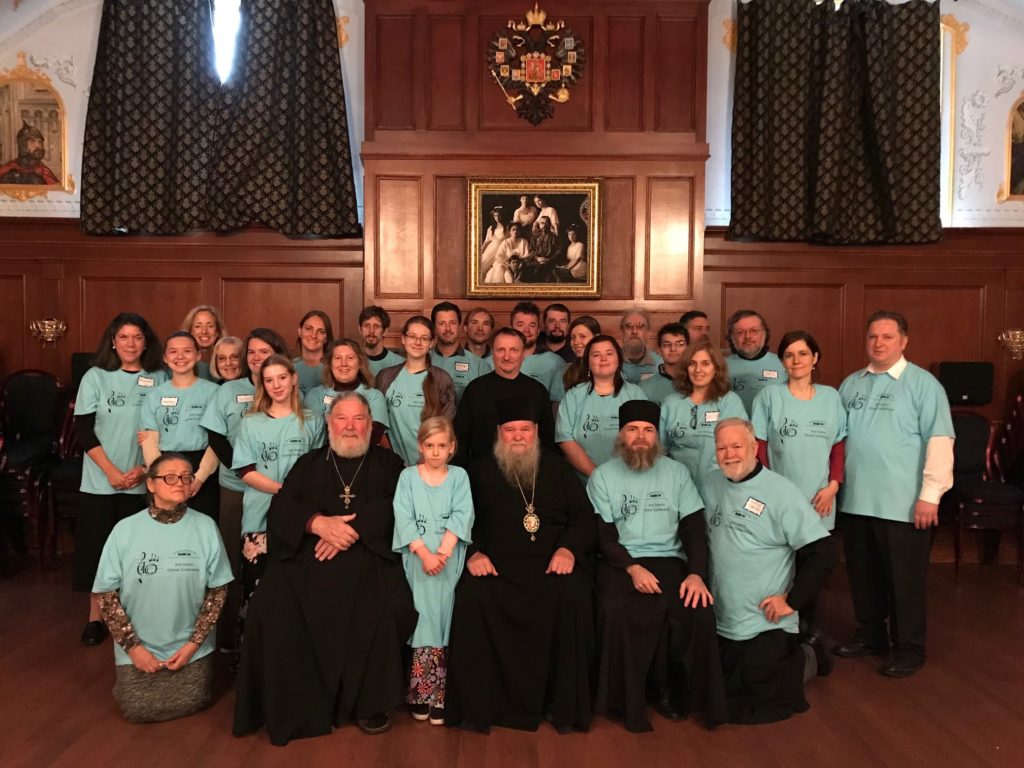 The 2nd Iveron Choral Conference brought its work to a close with a number of celebratory church services, conducted with the Bishop’s rite: the All-Night Vigil at the Church of St. Sergius of Radonezh at the Tolstoy Center in Valley Cottage, NY, and the Divine Liturgy at the Church of the Holy Trinity in Astoria, NY.

With the help of the ROCA Fund for Assistance, 30 participants from different cities and states gathered for the conference. Participants represented the states of Florida, California, and Virginia, as well as the cities of Seattle, Chicago, Rochester, and, of course, locally from the New York area. In addition, members of the children’s choir participated in the conference and for the first time sang at the Liturgy on Sunday.

The conference program began on Friday, October 26, 2018, at the Otrada Center, which is not far from the Church of St. Sergius of Radonezh parish, and continued until Sunday, October 28, 2018. Friday also marked the day of celebration of the Iveron Icon of the Mother of God. Prayers of the moleben were sung in front of the icon of the Heavenly Queen and with this, the 2nd Iveron Choral Conference commenced. The moleben service was performed by Archpriest Gregory Kotlaroff and Hegumen Ignatiy (Krutkov) concelebrating under the Archbishop of Syracuse and St. Nicholas Andronik.

After the moleben and lunch, Vladyka Andronik offered a welcoming speech, stressing the importance of gathering together and praising our Lord, and adding that he himself has loved church singing since childhood. The organizers of the conference program, Mark Kotlaroff, Matushka Joanna Grigoriev and Deacon Timothy Clader, also said a few words.

Mark Kotlaroff talked about the conference’s origins and about people who were especially inspirational in establishing this productive God-giving program, including Catherine Lukin, Alexandra Manak and Anna Klestov.

The first questions were in whose honor should the conference be conducted and when should it be held. A thought came about to honor one of the Russian Orthodox Church Abroad’s sacred relics, the myrrh-streaming icon of Our Lady of Iversk and Her keeper, the martyr Brother Joseph Cortes-Munoz was approved by the parish rector Father Gregory and then by the diocesan bishop, Archbishop Andronik. After this there was no doubt about the date – while the dark forces rejoiced about the slaughter of this God-chosen man on the eve of Halloween, this would be the time that we should celebrate the act of faith at the altar of God of one more prayerful martyr for Christ, Brother Joseph. As was the case at the beginning of Christianity, when pagan holidays were replaced by Christian ones, so does our conference offer all believers the opportunity to not to send their children to a celebration of darkness, but rather to participate in our “new tradition,” as Matushka Joanna called it. The first Iveron Conference was held at the religious-cultural center at Mountain View, while the second conference was divided between two parishes – the Church of the Holy Trinity and the Church of St. Sergius of Radonezh. Deacon Timothy added that the most important part of the conference is our Divine Services, which are not always available to everyone and which we should cherish.

In rehearsals, conference participants studied choral music such as, “I Shall Open My Mouth” by Chesnokov, and choral music in the znamenny chant as orchestrated by Ledkovskiy, along with compositions of two different Grigorievs (one of whom is our Archpriest Nikita) and singing in unison. The program also included various other classes. There was a class on “solfege and the eight tones,” which involved reading notes from sheet music and was offered by Matushka Joanna. New classes this year included “Preparing the Menaion for the Church Service,” by Deacon Timothy, and a class on “Reading in the Church,” by Nicholas Budzilovich.

Of course, one of the main topics of the conference was the Myrrh-streaming Iveron Icon and Her keeper, Brother Joseph. This year we devoted attention to eyewitness accounts of the icon and of Brother Joseph, which were related by Father Gregory, Vladyka Andronik, and Father Ignatiy. Fr. Gregory described an instance when Brother Joseph visited his parish with the icon and stayed at his house. Fr. Gregory was told to collect the icon in the morning and bring it to the church. When Fr. Gregory came for the icon, She was streaming myrrh so heavily that the myrrh had poured through the icon stand. In a fright Fr. Gregory woke up Brother Joseph and they both immediately replaced the saturated cotton with dry cotton and brought the icon to the Church. At the end of the Liturgy, the fresh cotton was again soaked with myrrh and all of the parishioners were anointed.

The Divine services were performed with such an elevation of spirit that all of the singers felt God’s grace. After all, for the majority of singers this was the first time they sang the Vigil and Liturgy together as a group, with only three rehearsals.

The conference was concluded with the liturgy at the Church of the Holy Trinity in Astoria, which was served by Vladyka Andronik, Hegumen Ignatiy and the rector pastor of the church, Priest Dmitry Dobranravov. For the first time at the conference, a new children’s choir with ten participants, sang “The Glorification of the Theotokos” before communion and then “Rejoice Virgin Theotokos.” The services ended, as they did last year, with a memorial service for the murdered Brother Joseph, so that he would also pray for us at the altar of God.

The parish of the Church of the Holy Trinity prepared a substantial and plentiful meal that was made available to everyone, not only conference participants. Many good and kind words were spoken. In concluding remarks, Mark Kotlaroff reiterated what he said at the very beginning of the conference, that we are a small family in the choir, which in turn is part of the larger family of the parish, and again part of the even larger complement of the Diocese, and this is something that we should not forgot.

With reluctance, everyone prepared to depart for home, some saying goodbye five, six times, and we can say with confidence that everyone was imbued with the family feeling that our common mother, the Heavenly Queen, gave us all.

The Fund for Assistance heartily thanks all the attendees, organizers, assistants, and donors for their participation in this charitable event. Special thanks are offered to the Otrada Center and to the Prince Sergei Beloselsky-Belozersky Foundation for its charitable assistance. 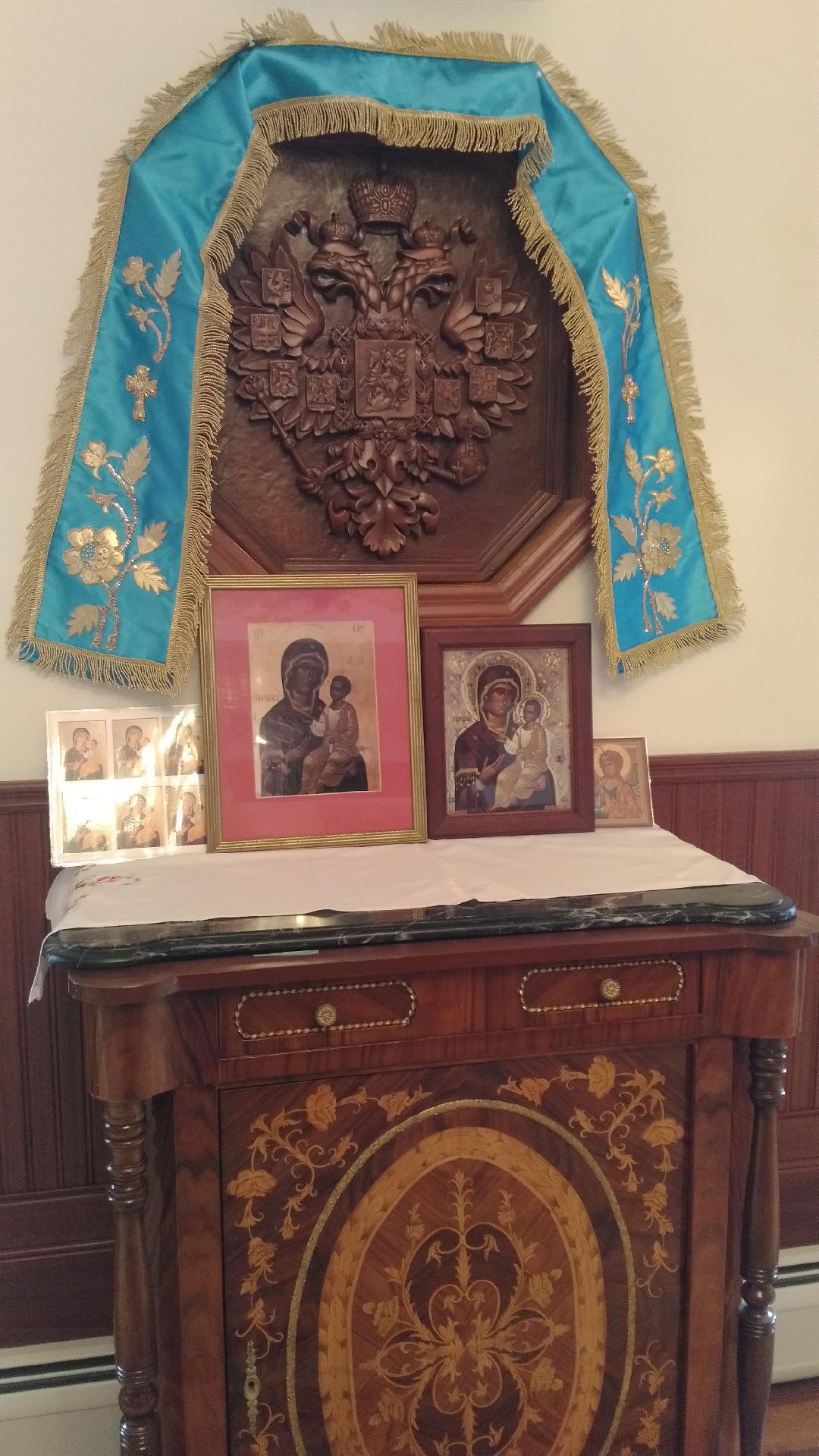 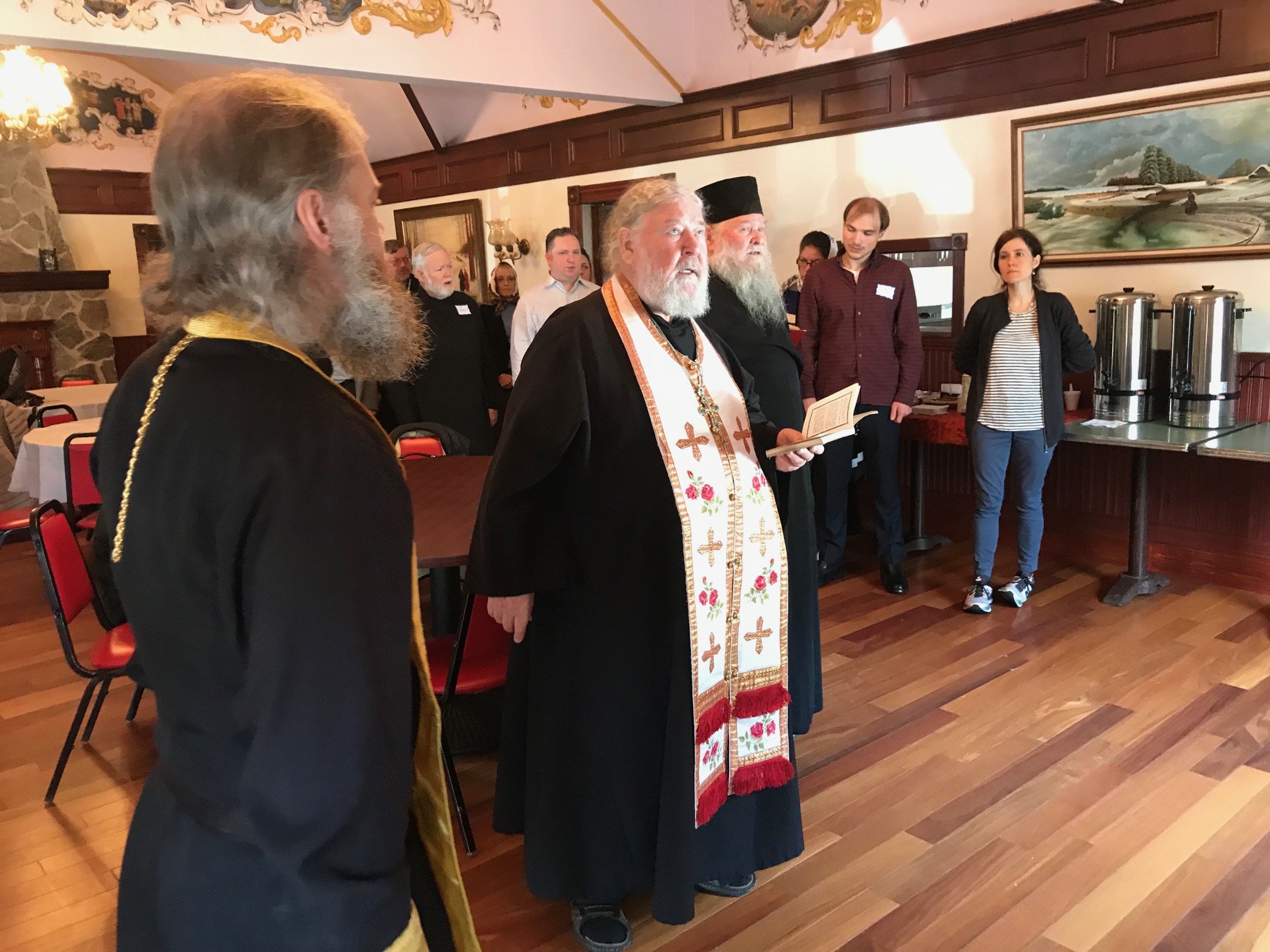 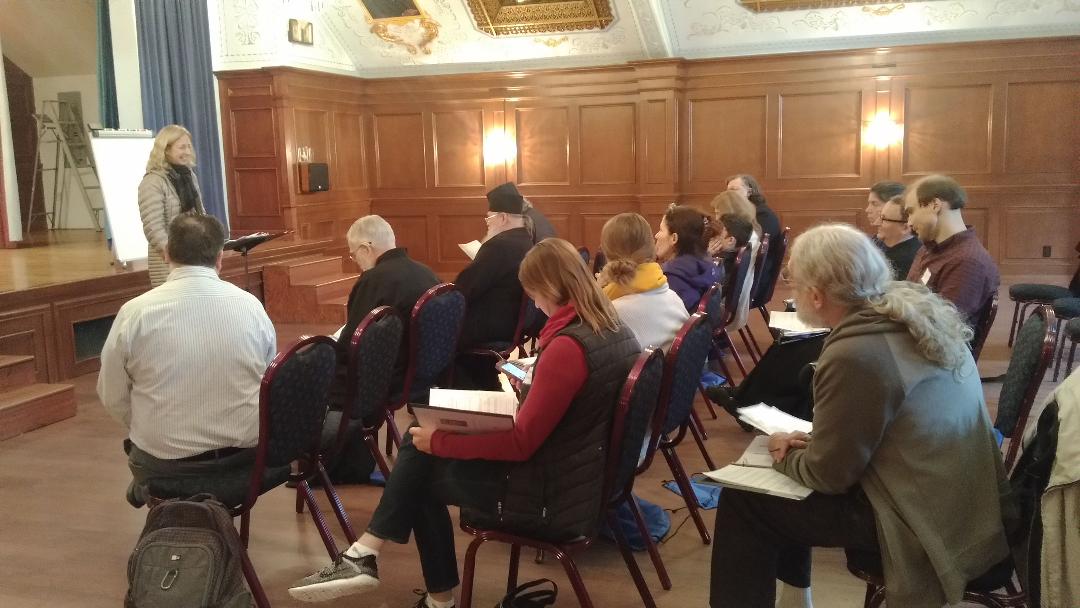 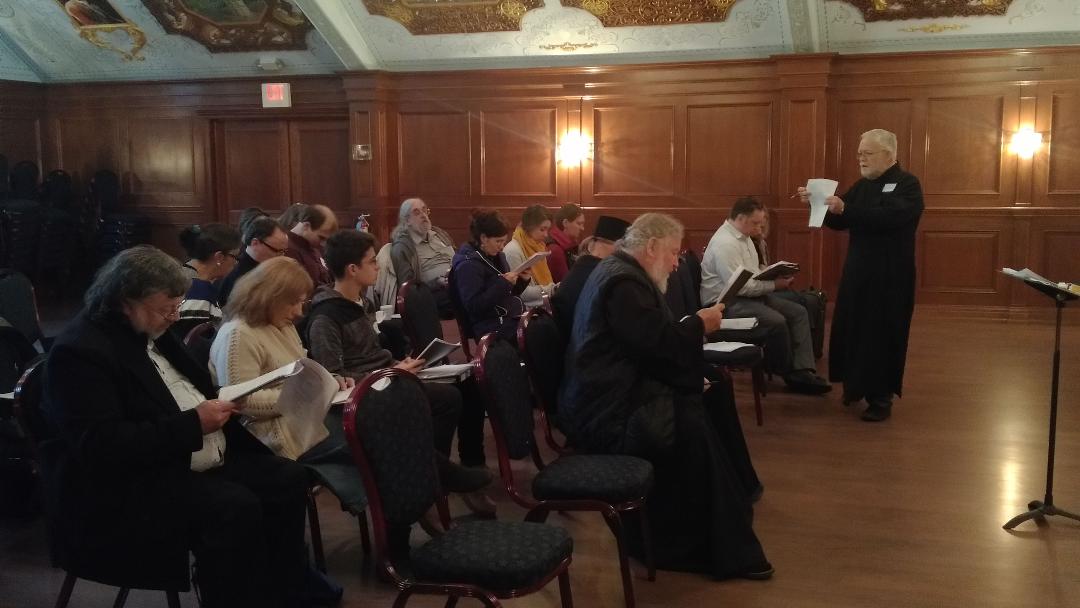 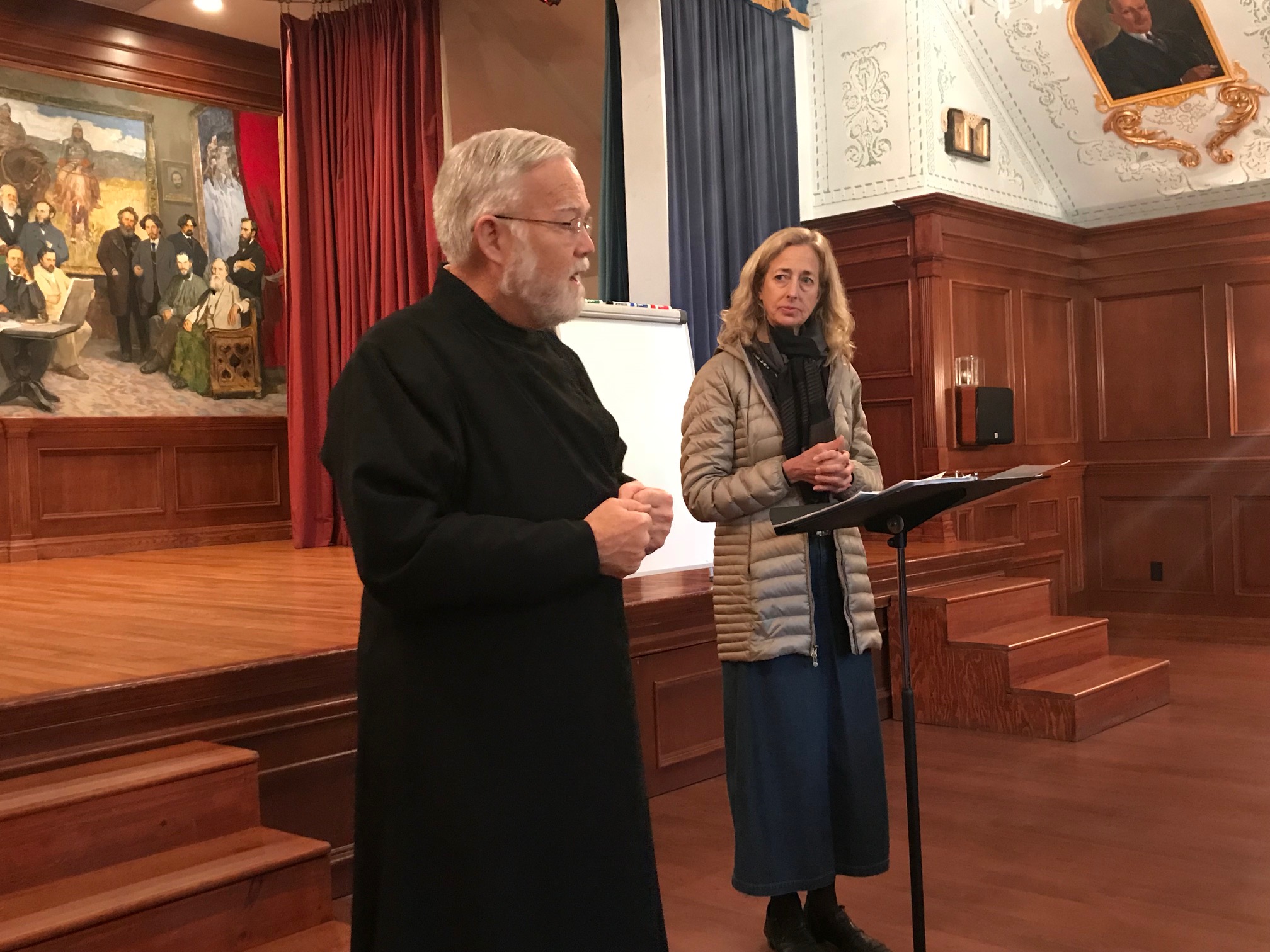 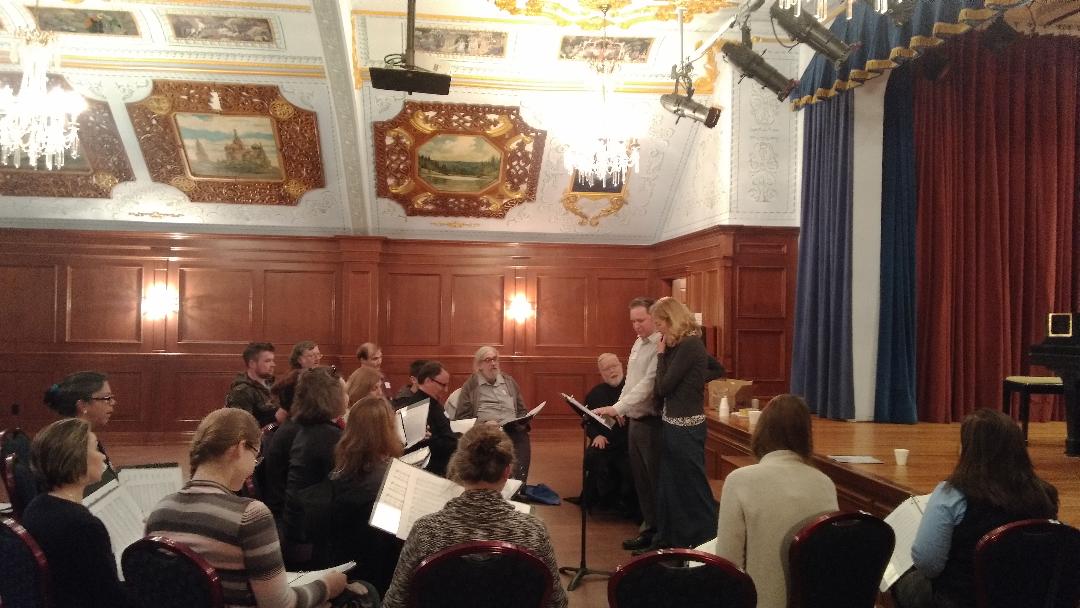 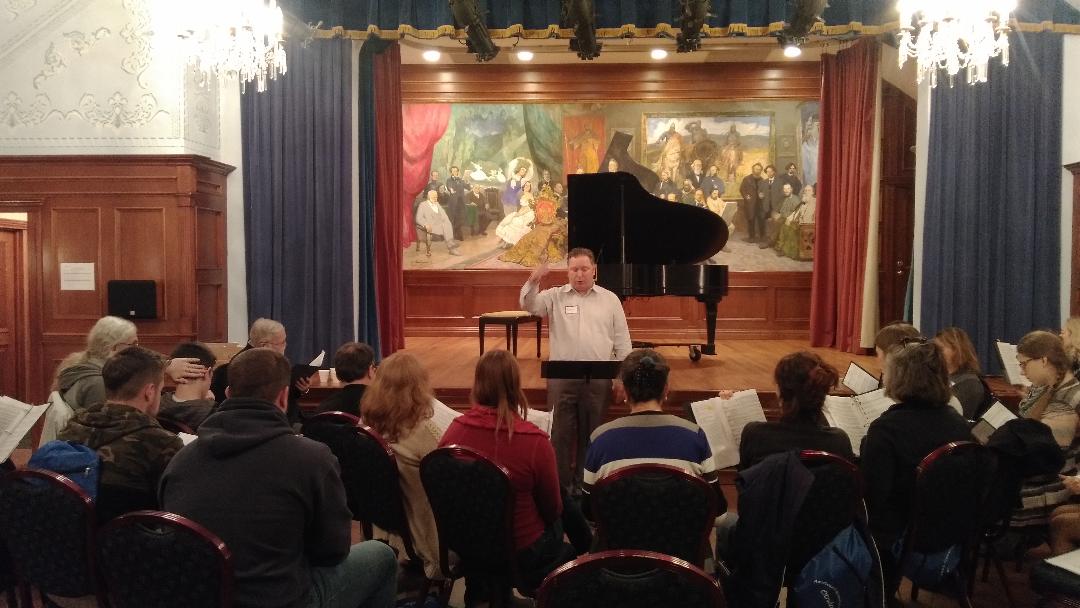 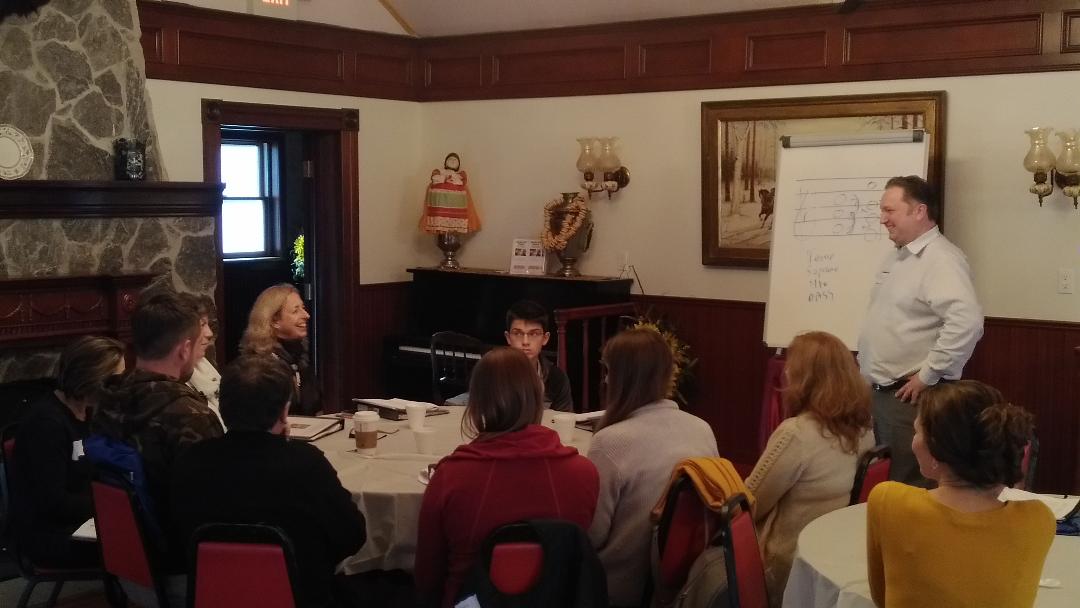 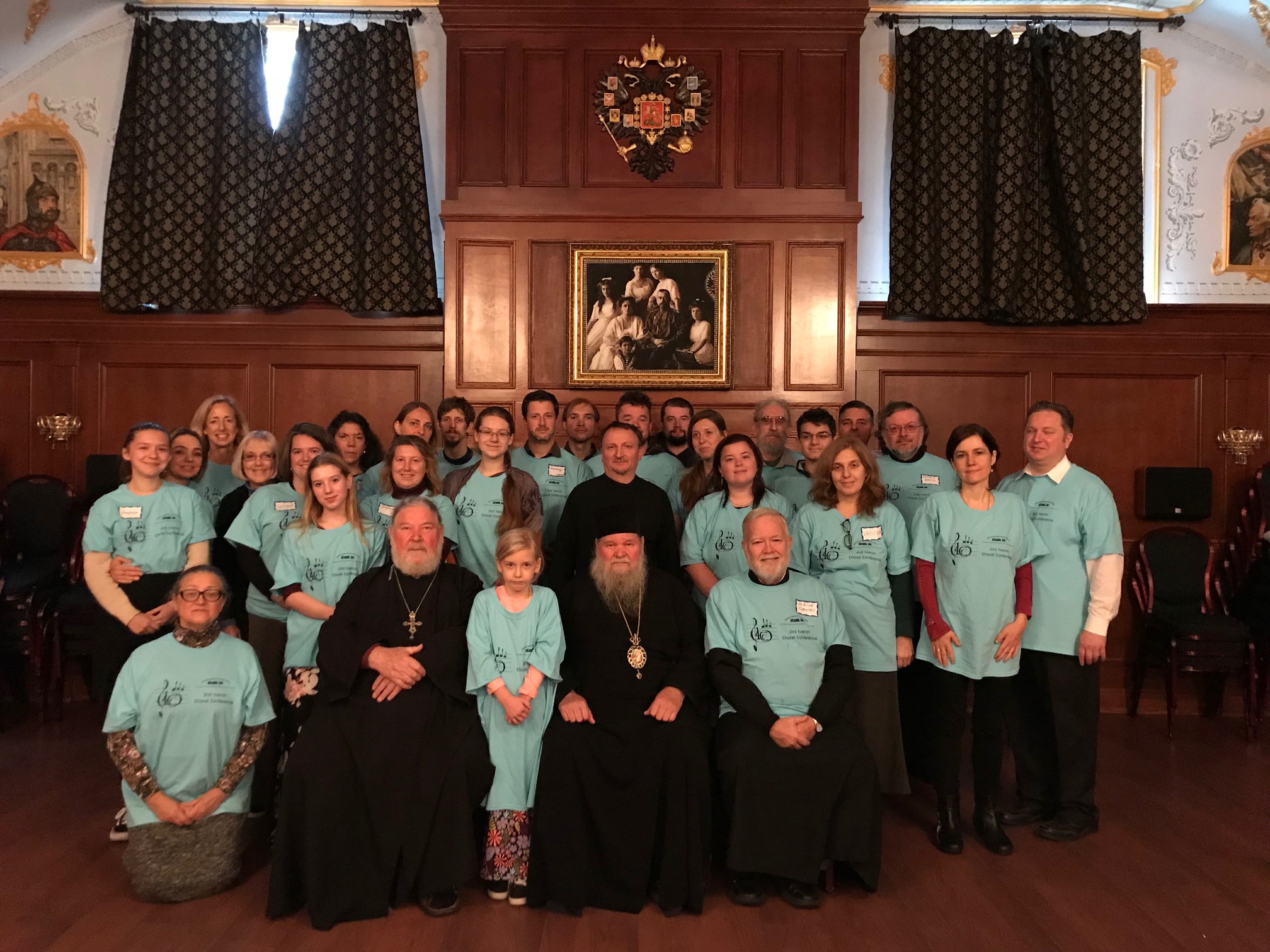