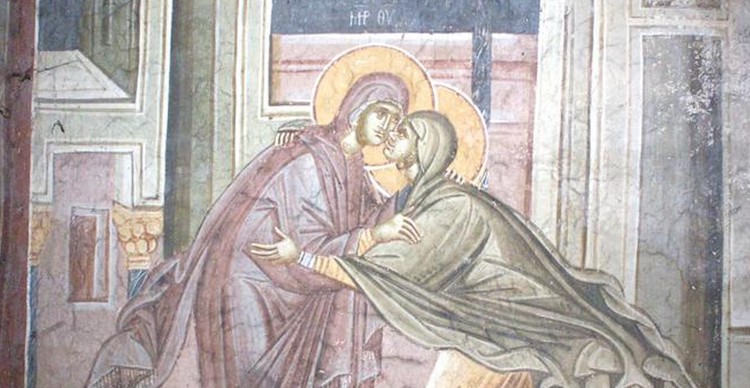 Brothers and sisters, not being able to be present at your church’s Feast Day, I would like to address you with the following words.

It has been half a year since my last divine liturgy in your church: but now I converse with you from another country and in a different world. What has happened and what has changed over the last few months?

In humanity’s history, there have been a considerable number of pandemics, but they passed, and life returned to its usual course. However, in this instance it would be naïve to think that this will be the case, because what is occurring now is not a pandemic but a preplanned and organised restructure of the world. Nothing akin to this has ever happened before.

But what is happening right now?

Those theomachist powers, which previously operated clandestinely and deviously, have suddenly, began to act openly, authoritatively and audaciously. Apparently, it’s because these anti-Christian powers are confident in themselves – convinced in successfully achieving their aim. This aim is the subordination of the whole world to Antichrist.

Antichrist can only appear when society and the governmental structure conform to the nature of his rule. The most characteristic features of his rule will be enticement and deceit with the aim of enslaving humanity under his rule. Antichrist’s kingdom will be established on lies, fear and brutal force.

Antichrist hasn’t as yet appeared, but his spirit is emerging fully in the actions of our authorities. In the new order of things – which are being introduced in Australia and other countries – the devil’s ambitions to corrupt people’s lives: to isolate them: to inject disunity among them: to teach them to fear one another, can be seen everywhere.

The fact that it’s the devil’s plan can be seen from its opposition to God’s plan for humanity. The Lord Jesus Christ prayed at the Last Supper: “That they all may be one; as Thou, Father, art in Me, and I in Thee, that they also may be one in Us:” (John 17,21). Saint John Chrysostom states that in order to strengthen the ties between people, God arranged their lives, so that they would have a need for one another, and be unable to live solitary lives. But the lifestyle that is being force upon us today, presumes a person’s existence in isolation – communing only with a television set and a computer. This is truly a devilish plan.

The Holy Scripture states: “Greet one another with a holy kiss” (2 Cor. 13:12). But now, we are forbidden to kiss or shake hands. Instead, we are introduced to some sort of absurd elbow touching. It’s in this way that these new rules want to corrupt human customs, which have been formulated in the course of thousands of years and affirmed by the Holy Scripture.

Just as a burning candle becomes shorter and shorter until it burns out completely, so every day brings closer the end of both our life and the end of the whole world. While we don’t know when earthly life will cease, we can find many signs of the end in the Holy Scripture. What is transpiring now leads us to think that the end is near.

The end of a person’s life is usually associated with illness and suffering: likewise, the end of the earthly world, as the Holy Scripture indicates it, will be marked with catastrophic events: “For in those days there will be tribulation, such as has not been since the beginning of creation … nor ever shall be” (Mark. 13:19). When these sufferings will reach their limits, the time on earth will cease and a new, eternal life will begin in the Heavenly Kingdom.

In reading the Apocalypse of Saint John, the Theologian, we can as though see two parallel worlds: heavenly and earthly. In the heavenly, spiritual world, we can see endless holiness, truth and peace of God’s Kingdom. Conversely, on earth, all we see is continuous dismay and suffering.

A Christian lives on the outside in a visible world, but his heart belongs to the invisible, spiritual world. The Lord says: “The Kingdom of God is within you” (Luke 17:21).

Today, the most important matter to each of us must become the prayer.

In appearing to Moses, God disclosed His name with: “I am He, Who exists”. Only He exists in the full sense of the word. In Him is the source of being of all creations by Him. For our soul, God is the source of life and joy. When we direct the eyes of our mind to Him, even a momentary prayerful communion with God enlivens our soul and gives it peace and energy. Conversely, he who doesn’t pray or prays inattentively, doesn’t commune with this source of life.

We live – in the full meaning of the word, only during prayer. Prayer is the joining of our spirit with God. However, the unseen enemy disperses our thoughts and prevents us from elevating our minds and hearts toward God – the source of our life.

We can stand for hours in church: but during the duration of this time, only a few moments can be called a true prayer. However, these moments are so precious, so powerful that they give total meaning and substance in our entire life.

This could be compared with the securing of some gold from bedrock. A great amount of soil has to be processed to secure the small amount of gold.  And these few grains of gold give meaning to this enormous effort. However, if there is no gold in the ground, the labour becomes pointless. Likewise, if there is no prayer in one’s life, it becomes empty, gloomy and senseless.

Brothers and sisters, the moment of being put to the test is upon us. We should all examine our lives and mend them according to God’s commandments. Let us try to come closer to God with attentive prayer, and He will come closer to us (James 4,8).