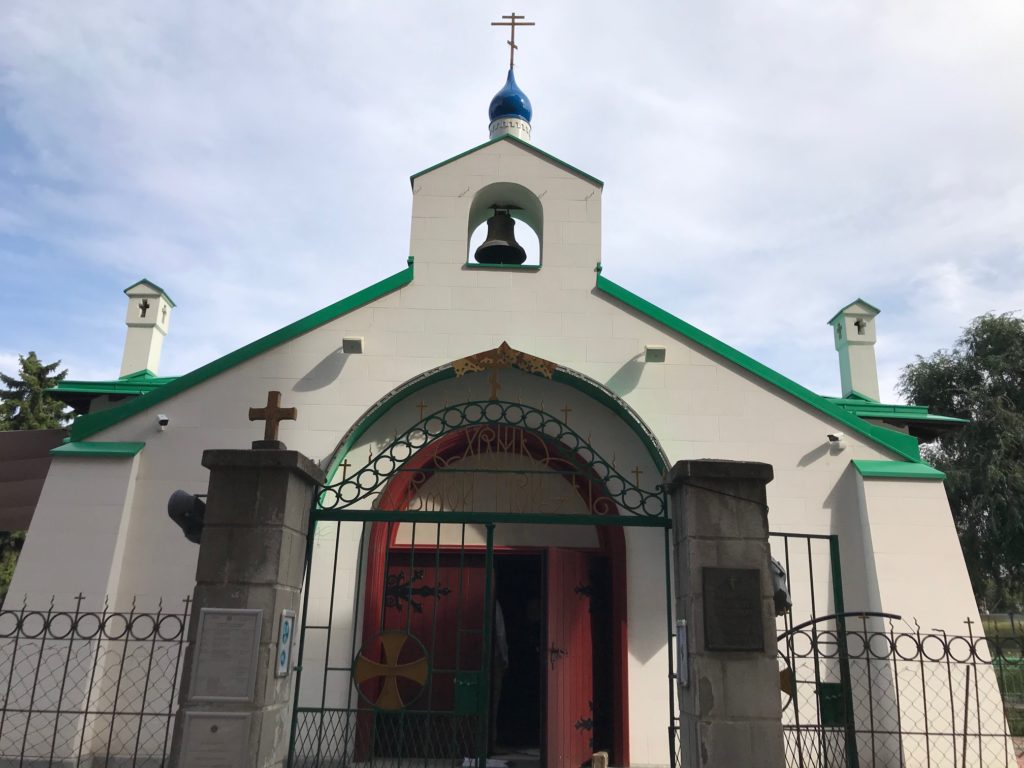 By the second day, archbishop of Saint Petersburgh and Northern Russia Sofrony arrives with the Icon painted especially to mark the 100 year history and saints of the Russian Orthodox Church Abroad.

The Delegation visited fort Kalemegdan, where historically the Serbian army protected the city of Belgrade from invaders. Within the confines of the fort is the spring of Serbian Saint Petka (Paraskeva) who is fervently venerated by the Serbian people and is considered the protectress of women.

Later, early afternoon, the delegation which now not only included archbishop Sofroniy but other faithful from France, Deacon George Malko of the Russian Orthodox Autonomous Church, with his wife, and reader Vitaliy Shumilo from the Ukraine, visited the Cathedral of Archangel Michael and the Cathedral of St Apostle and Evangelist Mark.

Especially noteworthy was visiting the church of the Holy Trinity, where the then hieromonk John (Maximovich) served. He was later ordained bishop of Shanghai and sent to his first Cathedral in China.   This church was the main spiritual center of the Russian Orthodox Church Abroad and is entwined with the “white russian” emigration. Now it is the “podvoriye” under the control of the Moscow Patriarchate.  Prohibited from serving a litia, the group of clergy and faithful sang Eternal Memory (“Vechnaya Pamyat”) to Met Anthony of blessed memory and to the generals and members of the “white” army that gave their lives for the faith, tsar and homeland.

That evening, at the Uteshitlev Cathedral,the ROCA 100-year icon was greeted by Bishop Akakije,  Bishop Nectary, nuns from the women’s monastery and members of the Serbian Church.

Tea was had prior to Vespers where the four bishops were able to greet each other for the first time together.