First-Ever Liturgical Service took place between the Serbian True Orthodox Church and the Russian Orthodox Church Abroad on the feast day of the uncovering of the relics of St. John of Shanghai and San Francisco 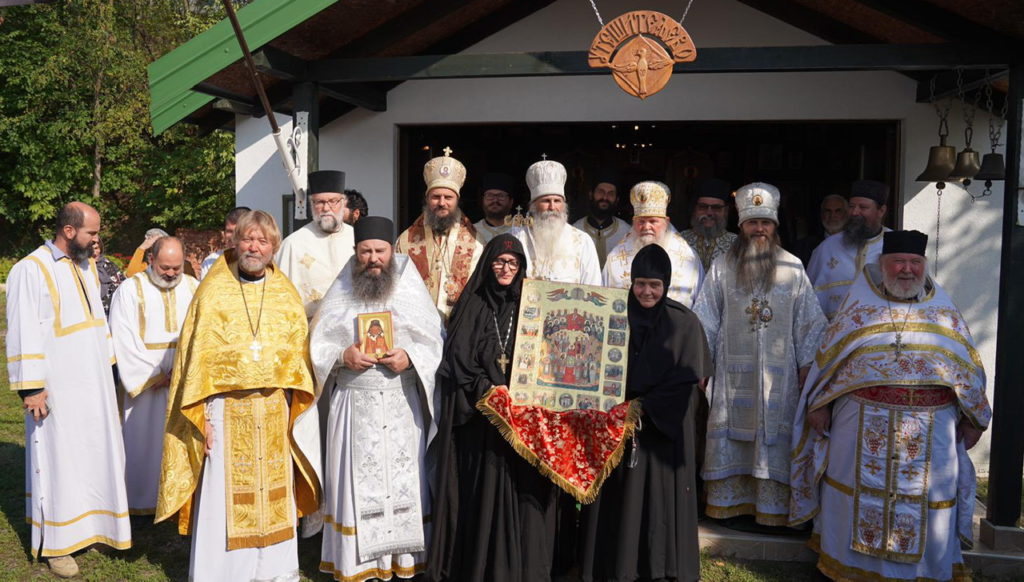 On Sunday October 11, 2020, the Serbian True Orthodox Church and the Russian Orthodox Church Abroad Concelebrated in the first ever Divine Liturgy.  It is a wonder that this all took place on the feast day of the uncovering of the relics of St. John of Shanghai and San Francisco.  St. John (Maximovich) was tonsured a monk in Serbia, taught in the Bilot Theological Seminary as a hieromonk and was elevated to the rank of bishop at the Holy Trinity Parish.  His pastoral path led him from Serbia to China, through Western Europe, all the way to the United States of America where the Synod of the ROCA eventually moved its headquarters to from Sremski Karlovtsi.

Nothing in this world occurs without God’s providence and it is not a coincidence that the first concelebration between the Serbian Church and the ROCA Church took place on the feast day of this great 20th-century saint – widely venerated by Russians and Serbs alike.  This service began the celebration of the 100 years of the Russian Orthodox Church Abroad which began in Serbia after the Russian Revolution in 1920.

The days services began with Matins followed by the Divine Liturgy.

The four bishops serving together was truly a sight to see with numerous clergy from both the STOC and the ROCA filling the area of the church so much so that most of the parishioners needed to stand outside.

Abess Evfrosinia of Lessna women’s convent in France was at the service and stood next to the icon of the Mother of God.

As is tradition in the STOC, the bishop reads the Gospel.

Prior to Communion three members of the Russian Church sang to the Mother of God, adding to the already beautiful choral aspect of the feast.

Later ROCA clergy came out to sing a few hymns, including both Archbishops Andronik and Sofroniy.

Liturgy ended with a Serbian tradition called “Slava”, where a round piece of bread is spun around with the singing of hymns.  In this case it was for the praising of the abbess’ saint’s day – Saint Evfrosinia.

Right afterwards there was a group picture that took place outside of the church.

A festive luncheon took place after liturgy where many greetings were exchanged, between bishops and clergy, monastics and laity alike.  The feast had approximately 200 participants.  Many expressed that God grant all the bishops of our Eucharistic union many many years and to guide them to bring forth a harvest of spiritual fruit. Glory be to God for All!