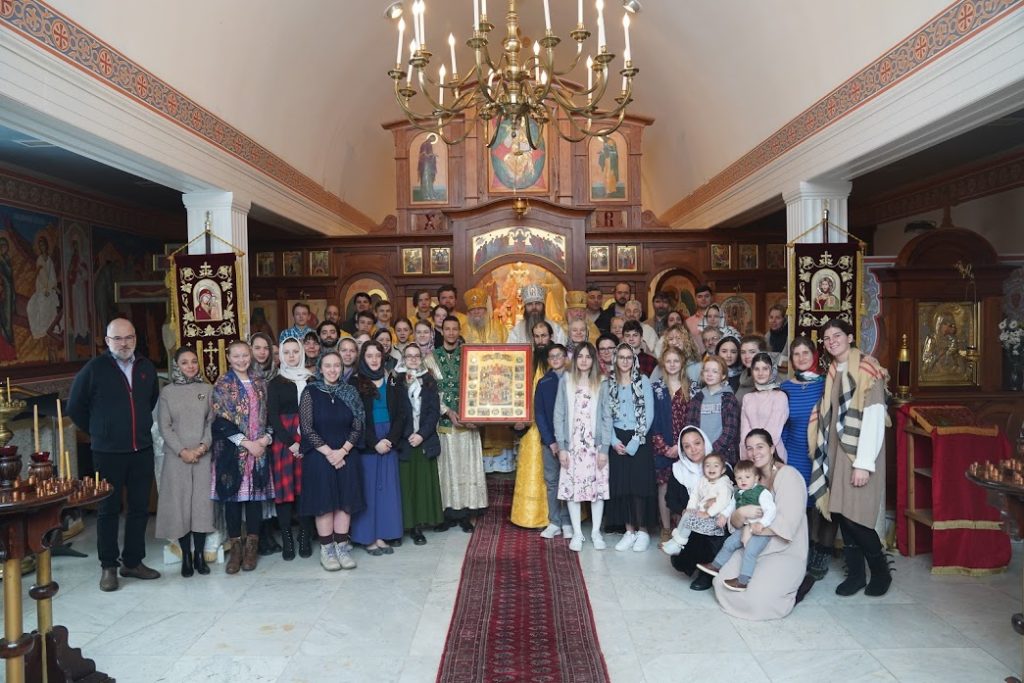 The 2021 Russian Orthodox Youth Conference took place on the grounds of Mountainview in Middleburg, NY.  “Family – The little Church in Every Home” was the theme of this annual February event.

The Conference began with morning prayer…..

….. followed by welcoming words by Archbishop of North America and New York Andronik and the organizers.

Archbishop of Northern-Russia and Saint Petersburgh Sofroniy was the guest speaker and gave a lecture on “Family – The little Church in Every Home” which can be read on the Mountainview website by clicking here.

Before lunch, the youth were able to release some energy by playing some “South American” basketball in the barn facility….

Later that afternoon, Father Gregory Kotlaroff gave a talk – “My Life” on his path to priesthood and the forty-plus years that he has been serving as the rector at St. Sergius Church at Tolstoy Foundation Center in Valley Cottage, New York.

Matushka Alexandra Dobronravov and Nicholas Budzilovich led separate breakout sessions with the young ladies and gentlemen, respectively before having a joint session.

The next morning’s liturgy was preceded by the Matins service followed by the Greeting of the Bishop and hours.  Conducting the choir during the Divine Liturgy was Anna Trepatchko.

After lunch, a “Round Table” discussion was led by Archbishop Sofroniy along with clergy where the youth were able to ask any question on their minds.

The evening concluded with a Vigil service to the feast of the Meeting of the Lord.

The following morning ensued with the Greeting of the Bishop, Hours and Divine Liturgy.  Leading the choir was Marina Lukin.

That morning all participants enjoyed a skiing trip before returning to Mountainview for the closing of the conference.

Glory be to God for a fruitful event!